Shining the Spotlight on the Western Maine Theater Scene

It may seem unusual, but two of the northeast’s premier hubs for cultivating thespian talent are just a short drive away from Dove Way. It is the rural and rustic undertones of western Maine that give rise to a unique form of theater every spring and summer. Here in Norway is the Oxford Hills Music and Preforming Arts Association (OHMPAA), which we’ve given a shout out to before. OHMPAA dates its formative performances back to an inaugural season at the Paris Hill Academy in 1990. Just a quick drive down a stretch of Route 26, Paris Hill Academy was built over 160 years ago, in 1856, just 36 years after Maine’s statehood in 1820. One can find hints of the region’s dramatic flair early on, in the 1860s the Academy hosted productions put on by the Paris Hill Thespian Club.OHMPPA 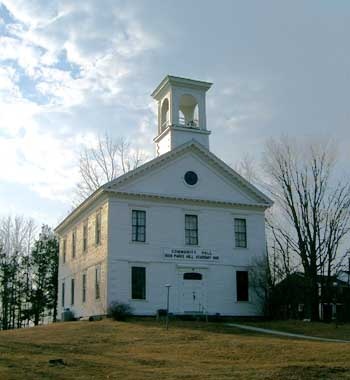 Fast forward to the modern day, just 12 years after the OHMPAA transformed the theater scene in the foothills, it moved its productions closer to us here at Dove Way. OHMPAA’s productions have taken place at the Norway Grange since 2002. Like the Paris Hills Academy, the Grange has a storied history dating back to the nineteenth century. Located on Whitman Street, the Grange’s membership has leased the property for a multitude of purposes, including as a makeshift hospital during the flu pandemic of 1918. A couple years after the turn of the millennium the Grange signed an agreement with the OHMPAA to allow productions in its building. This was a mutually beneficial agreement, allowing for the location’s preservation.

In keeping with its local roots, the OHMPAA’s financial backbone is built by the community through local memberships and the support of regional businesses. It’s an aspect of the theater that makes it special and can be appreciated whether you are a Norway local or just stopping by. The association has open auditions for its productions and it is truly a community affair. The 2017 season’s slate is already up with productions of Barefoot in the Park and The Drowsy Chaperone, as well as beginner’s workshops for those interested in wetting their feet in stagecraft.

A 15-minute drive to South Paris, the next town over, will bring you to another of western Maine’s jewels of dramaturgy. The Celebration Barn Theater is a haven for actors, actresses, and playwrights who want to polish their craft. For this reason, the Barn, which plays host to its inhabitants during the summer months, has a more professional and cosmopolitan feel than OHMPAA. The two complement each other nicely, and a theater goer would find something special at both places. The Celebration Barn Theater was founded by Tony Montanaro in 1972. Montanaro was a skilled mime and performed in both Europe and the States. He’s also known for hosting the CBS children’s show, Pretendo. Montanaro used his skills and experience to create the Celebration Barn Theater and turn it into a leading incubator for stock theater in the United States. Summer stock theater is a unique set up where a setting, often rural, comes alive in the summer and plays host to traveling artists who perfect their craft together. With summer stock, they recycle costumes and sets to concoct something special each season. At the Celebration Barn Theater a membership option for $50 helps keep the show running and give contributors special perks like first picks on seats for every performance of the season. 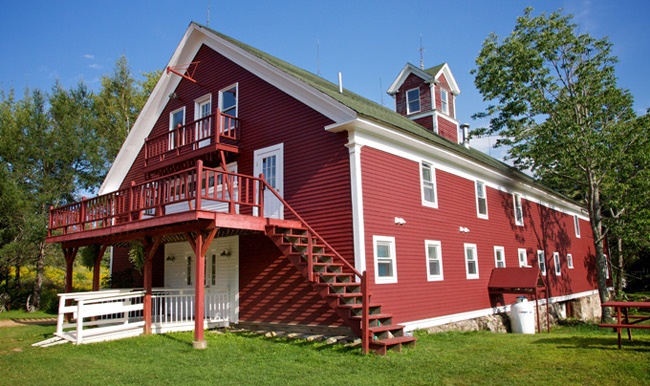 Between the OHMPAA and the Celebration Barn a visitor to western Maine will find a melting pot for theatrical creativity for actors and patrons of the arts alike. A small donation or attending a single performance will leave its mark here in Maine’s thespian sanctuary.

Share your stories and experiences on the Western Maine theater scene by commenting below.

Interested in visiting Norway, Maine this summer or fall: